X
Back to the top

You must use ours design template to create your design.

After downloading the templates, open inkscape the format you prefer, as if it were a normal file, then start drawing.

For Inkscape 0.92 and higher, by opening the template file, you must select these options:

Be sure to draw inside the template or the design may be incorrectly scaled from ours making system.

You can draw for the laser cutting in one of five different material formats:

How to draw for the laser

The color used for the drawn lines determines what the laser will do, whether it is a cut or an engraving.

For example, if you draw a bird with a blue outline, the laser will cut a bird ... 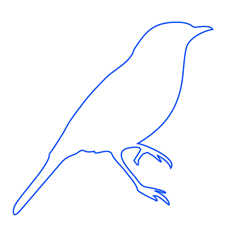 If you convert the same lines in red, the laser will engrave the bird on the chosen material, and so on.

The basic part of your design are the shapes you will cut.

The simplest way to visualize how this will turn into your project is to imagine placing on a sheet of paper the pieces you would like to make, and then draw their outline on the sheet with a pencil. Your file should remember that sheet with the lines drawn.

To obtain a cutting line, draw a line or shape.

Then open the window Object> Fill and Stroke and set 'Stroke style' to a thickness of 0.010 mm: 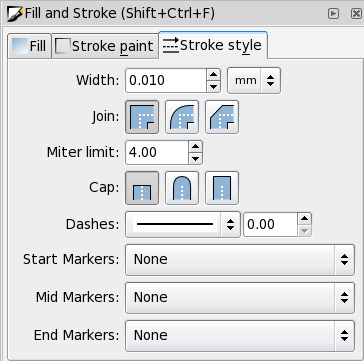 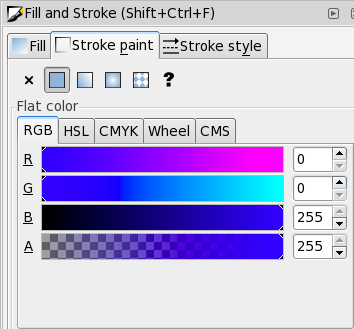 The vector etching process is very similar to the cutting method, but instead of piercing the material, the laser only affects the surface.

The laser will move along the engraving lines in your drawing. There are three different levels of engraving available: light, medium and deep, each with a different intensity and therefore depth. All three incisions are drawn very precisely with subtle lines, roughly the same size as the laser beam.

Open the window Object> Fill and Stroke and set 'Stroke style' to a thickness of 0.010 mm:

Generally, raster fills are used for areas with backgrounds, but you can also make a raster engraving of lines that have a track with a thickness greater than 0.3mm. Engraving in raster mode a thinner line will probably not lead to good results.

The scale of the raster engraving goes from the black that corresponds to the most marked incision, up to the very light gray that will make the engraving lighter (or white, which corresponds to the null incision). You can use any grayscale between the two extremes, but remember that the three RGB values ​​must be equivalent. Make sure you use solid and spot colors and no patterns or textures.

To obtain a more defined border in an area engraved with a raster pattern, combine the black or gray fill with a track corresponding to a vector engraving.

The values of the engraving depth are indicated in the "technical details" tab of each material in the catalog.

The incisions do not change according to the thickness of the material (unless otherwise indicated in the sheet).

The light raster engraving is absolutely superficial, altering the color of the material without going deep.

To use the text

All the texts inserted in your drawing must be converted into tracks (paths). In this way the laser will follow your drawing correctly, even without having the same installed font.

To turn the text into tracks, just select it and then choose Path> Object to Path from the top menu. Once you run this command, you will not be able to edit the text, so do this after checking the spelling! 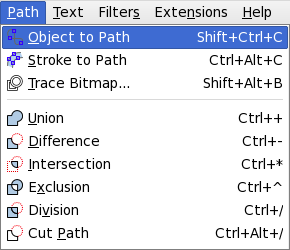 You can create texts using fills for raster engravings, lines for vector engravings, or a combination of the two types of incisions.

Our making system takes into account only the drawings in vector, Ignore all the images inserted in other formats (like.jpg or .bmp).

If you want to insert a non-vector image in your file, you have to trace it in vector. No need to do it by hand! You can do this simply by clicking on the inserted picture and using the window Path> Trace Bitmap window. You'll see a lot of tracing options, so do several tests until you find the one that's right for you. Make sure your traced shapes are presented in a uniform, flat color. 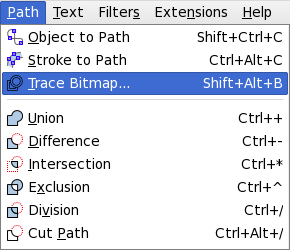 Now close the 'Trace Bitmap' window. The original image remains behind the tracing, so select it and delete it.

Then, click on the traced image with the tool 'Edit paths by nodes'. If the tracing worked correctly, you should be able to see the vectors all around the individual parts of the traced image.

Finally, to choose the desired raster input level, select all the traced elements and set the fill color using the window Object> Fill and Stroke.

How to remove double lines

If you place two objects next to each other, in such a way as to match the ends, it is very likely that you get the overlap of the cutting lines.

Double lines are quite easy to spot at a glance, as they are presented in a darker blue than other cutting lines. It is necessary to eliminate these double lines in order to obtain a single cutting line, or, for better say, a shared cutting line; otherwise the laser will literally cut the same part twice (which is not ideal either for the performance on the material, or for your estimate!).

Here is the procedure to remove the double lines:

Step 1: Select one of the two adjacent objects and use the command Path> Object to Path. 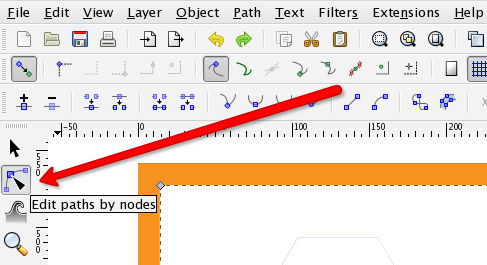 Step 3: Click on an object that contains a double line, then select a node at the end of the line you want to remove: 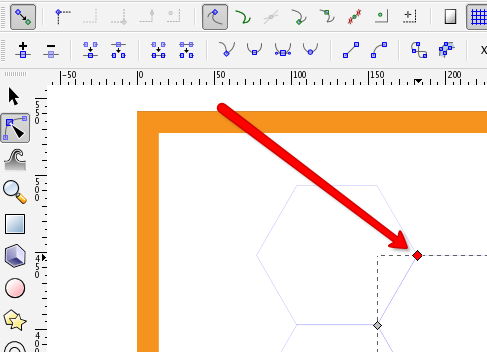 Step 4: With the node highlighted in dark gray, click the 'Break path at selected nodes' button: 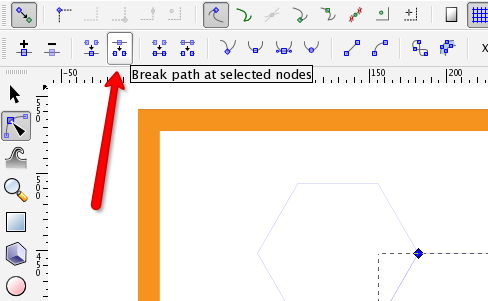 Step 5: Click on the node at the other end of the double line and use the 'Break path at selected nodes' button again: 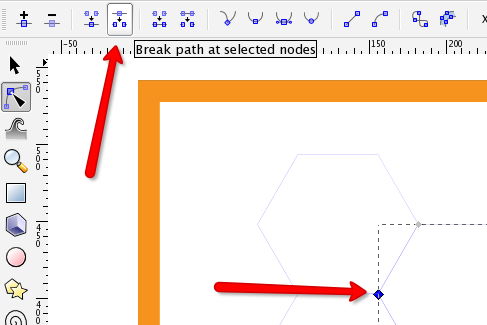 Step 6: Click on the line between the two nodes so that both are highlighted in dark gray (and become larger than the other nodes of the object) and press delete (backspace) on the keyboard. There is a lighter blue line compared to the previous one. 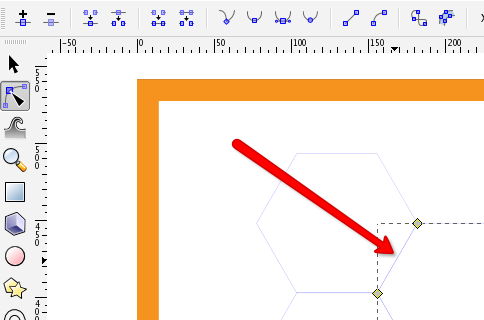 Step 7: Select the nodes at each end of the following line and repeat the procedure: 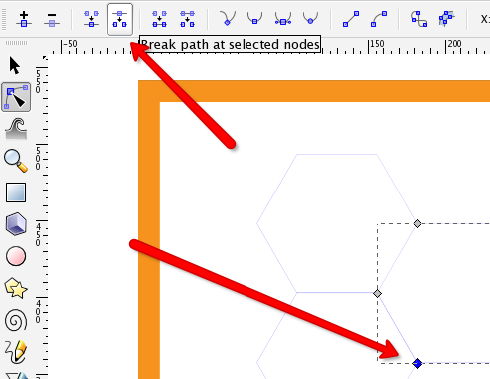 Use the command File> Save as and select the 'Inkscape SVG' format:

Now you are ready to upload a file

Other guides for laser cutting and CNC milling